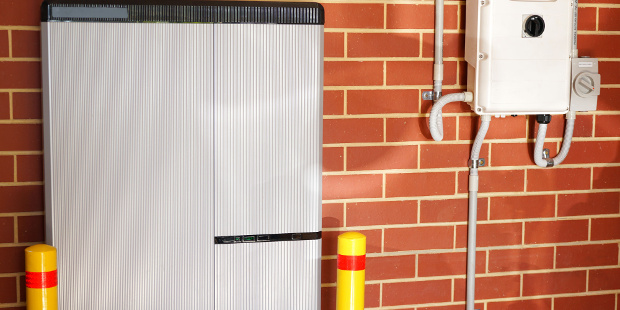 Solar Photovoltaics (PV) combined with battery energy storage systems can be a useful way to increase solar PV self-consumption and benefit from the new time of use tariffs that are becoming available. Decerna carried out a study for Newcastle City Council to help the Council understand the potential for battery technology across their social housing stock to reduce fuel poverty and support the deployment of renewable technologies.  The “Virtual Power Plant” formed by the aggregation of multiple systems in the same geographical location could enable the Council to access additional revenue streams through grid services which would be in addition to savings made by tenants.

Decerna used PVSyst solar PV software modelling to produce hourly profiles of the solar energy generation based upon typical meteorological year data for the location.  In a parallel work package, Decerna investigated the electrical usage patterns of the tenants by using half-hourly data sets averaged across thousands of properties in the area. The datasets were disaggregated by socio-economic groupings, so the ones which most closely matched the tenants in the proposed scheme were selected. NDE also investigated the most favourable time of use tariffs for solar PV / battery system owners and assembled a half-hourly dataset for projected import prices of electricity. A market investigation was carried out to gather technical data for some of the most popular commercially available domestic battery systems.

Using the information gathered and the half-hourly datasets, Decerna developed a software algorithm to predict the performance of battery systems in 20 different scenarios of tenant type and battery system size. The software algorithm used the hindcasting approach with a temporal resolution of 1 minute to ensure that changes in the state of the battery management system occurring at sub-half hourly timescales were not disregarded by the model. For example, if the battery becomes fully charged a few minutes into a half-hour interval, the battery control system would in practice allow the system to export to the grid – this event would be missed by conventional number-crunching of half-hourly data in a spreadsheet. The results from the software algorithm, therefore, represent a much better simulation of real system performance.

As a final piece of work, the benefit of aggregating the multiple domestic battery systems of the same type was modelled, and the projected benefits from grid services such as the Balancing Mechanism were analysed to inform the Council’s business case.

The results showed that there were three potential revenue streams from such a Virtual Power Plant. The most significant saving would be made by the tenants who would benefit because the battery systems would enable them to self-consume a greater proportion of solar-generated electricity. The residual energy would be exported and could attract Smart Export Guarantee payments which could be assigned to the Council.  A third revenue stream from aggregation services could be used to access grid markets such as the Balancing Mechanism (BM) and Short Term Operating Reserve (STOR). The work carried out by Decerna has informed the business case of the Council who are assessing the project economics.

“Accurate and comprehensive forecasting of system performance and revenue streams is vitally important when building a business case for an investment of this kind. Decerna presented their findings at each step of the process and produced a very comprehensive final report which informed our decision making for future projects and investments.”