I remember seeing an LED for the first time when I was about 7 years old. It was a tiny red power indicator for a hi-fi amplifier in my dad’s friend’s house. I was secretly impressed. A few years later I was playing with some LEDs in a Radio Shack electronics kit and learning that you had to control the current to avoid burning them out, but if you got that right they seemed to be practically indestructible. Some 20 years after that I saw my first blue LED on a vacuum system controller that a colleague had built at work. The single blue LED cost £9.95 from RS components and we were all impressed! I knew then that this was the start of something big- we now had red, green, blue and a sort of muddy white when they were combined. Proper white LEDs came along shortly afterwards and I built a dynamo torch using some parts from Maplin. Happy days (and RIP Maplin). Now white LEDs are everywhere. Strictly speaking they’re not actually white, they are blue with yellow phosphors in the lens to give a spectral output that appears white. I digress.

In my job at Decerna I spend quite a bit of time helping local businesses reduce their energy costs through energy efficiency and renewable energy technologies. As you might expect, LED lighting is one of the easiest ways to save energy. Payback times are often just 2 or 3 years and the reductions in greenhouse gas emissions are equally impressive. So you might be thinking “what’s the problem?” Well, quite a lot as it turns out! Read on if you want to know more.

As I found out all those years ago, LEDs need to be driven at a constant current and this is normally done through electronic components built into LED lights. A lot of cheaper LED products use very low quality electronics which fail long before the LEDs themselves. How many home LED lightbulbs have you had to change so far because they started flickering on and off after just a couple of years?  And they’re not exactly cheap to buy compared with the once ubiquitous tungsten filament lamp.

Did you notice I sneaked the f-word in there? That’s right, flicker!  Some of those electronic circuits that drive the LEDs don’t produce a very stable output and they cause the LEDs themselves to flicker. The most obvious type of flicker is the relatively low frequency flicker which many people can actually see. If you buy LED lights that have this behaviour then I’m afraid you’ve wasted your money, but at least you know about it. Unfortunately, there’s a more sinister type of flicker that some LED lights produce and it’s at a higher frequency that we can’t perceive. Research is emerging that it can cause headaches, migraines and even trigger seizures in sufferers of epilepsy. Not good. Worse still, the kit needed to measure the flicker is quite expensive so not many installers or facility managers will have it.

There’s also a growing trend for LEDs to be integrated into the luminaire rather than being supplied as a replaceable lamp in a light fitting. In our offices at we used to have very nice quality T5 fluorescent lighting. The tubes lasted about 20,000 hours and could be easily and cheaply replaced. They’ve all been replaced by the landlord with modular LED units which have no replaceable parts. Sure, the LED luminaires are rated to last 50,000 hours but in a typical office that’s probably only 20 years and then the whole lot has to be replaced: plastic lens, aluminium frame, LED board, electronics driver module, connectors, bracketry, etc. I wonder how much of that lot will actually get recycled? Good thing there’s no mercury in LEDs but we definitely need to take the lifecycle environmental and commercial costs into account before we swap out perfectly serviceable lights with LED alternatives.

We also see a lot of fairly new LEDs in commercial and industrial environments failing. For example we’ve seen high bay LED fittings start to fail after just a couple of years in factory areas where ambient temperatures are high. This high bay LED lamp was actually rated for high temperatures but half of the LEDs on it had died within 2 years. 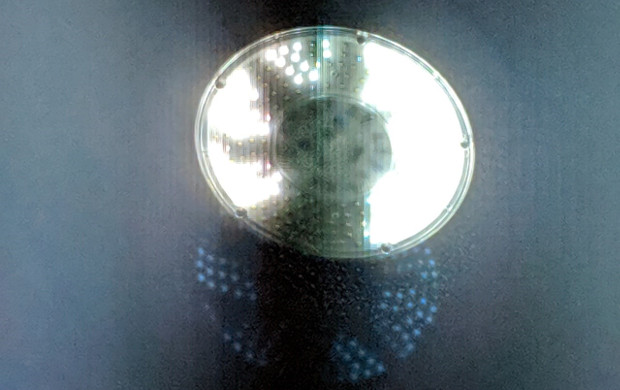 Other types such as fluorescent tubes work better at higher temperatures so there’s still situations where the best course of action would be to hang onto your old lights, particularly if they’re good quality T5s or induction lamps.

So far I’ve criticised low quality LED products for their reliability, tendency to flicker and sustainability credentials, but there’s more. Some of the cheaper products are actually dangerous. This unbranded GU10 LED replacement could have easily caused a fire. And yes, it did have a CE mark! 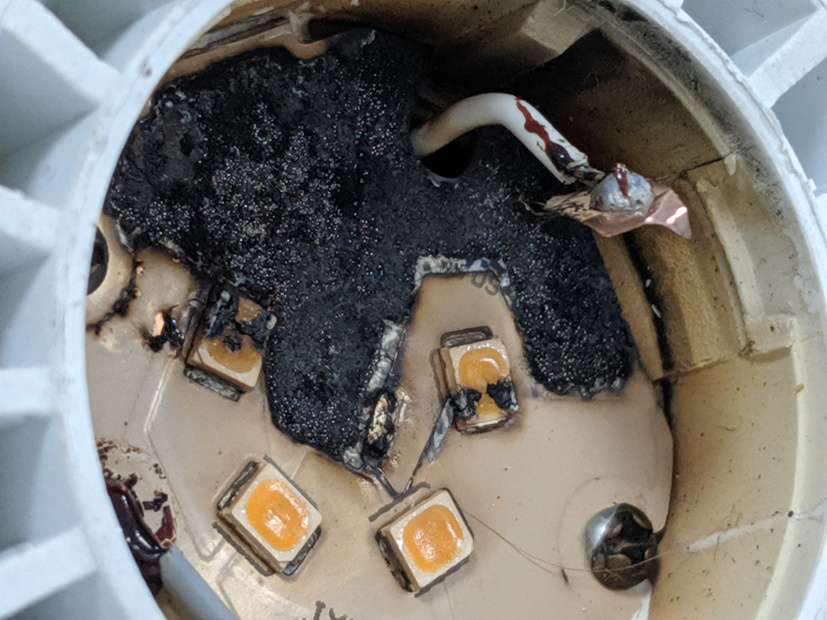 I’m sure that all of this makes me sound like I don’t like LEDs. That couldn’t be further from the truth. I absolutely love them. It’s the value-engineered rubbish that well-known electrical distributors are peddling that I dislike. If you get the right products in the right place you’ll save a massive amount of electricity and your lifetime costs will be slashed. Getting it wrong is likely to be an expensive or even dangerous exercise.

So where can we go to get further advice? Well, experts in 9 European countries have collaborated to produce some excellent guidance through a Horizon2020 funded project called PremiumLight Pro. In the UK, this is delivered by the Energy Saving Trust. It’s definitely worth checking this free resource out before you’re LED astray!

Alex Savidis is a renewable energy technical specialist at Decerna. He’s currently working on delivering energy efficiency advice to local businesses through the ERDF funded BEST project www.best-ne.co.uk as well as delivering consultancy on energy storage and renewables to a variety of private and public sector clients.