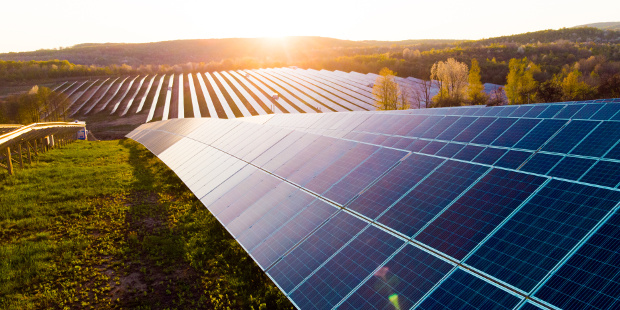 A large North East landowner has been investigating the possibility of installing Mega-Watt scale generation at multiple sites and utilising the output to supply local businesses. They were also interested in establishing their own high voltage distribution system over several kilometres to overcome the limitations of the local electricity network.

After the preliminary meeting to discuss likely outputs and options for the systems and a thorough survey of the available land and buildings, it was decided where a photovoltaic system could be economically installed and where the generation would be best utilised.

Models were developed for each of the sites using PVSyst* , giving a thorough analysis of the output of each system, including consideration of the natural layout of the land and buildings, site orientation and shading. This was then compared to the half-hourly energy consumption to calculate whether or not there was sufficient generation to offset the existing energy usage. Basic costs and benefits were calculated, including the 25-year carbon savings of each system.

Alongside this work, we undertook an in-depth analysis of the local electricity network to establish its capability for handling the proposed levels of generation. Once it was established that this was not possible, we designed and costed a basic private HV ring to transport the generation to where it was most needed. As an additional work package, we investigated and reported on the potential benefits of installing large scale battery storage to shift load, support the solar generation and act as a short term back-up power source.

This work led to the client discounting several options, due to the initial costs and the lack of financial payback over the life of the system. However, they did decide to move forward on one scheme in which they will supply electricity to a large local consumer. They are also considering the option of adopting part of the local electricity which we identified as being relatively simple to disconnect from the larger network.