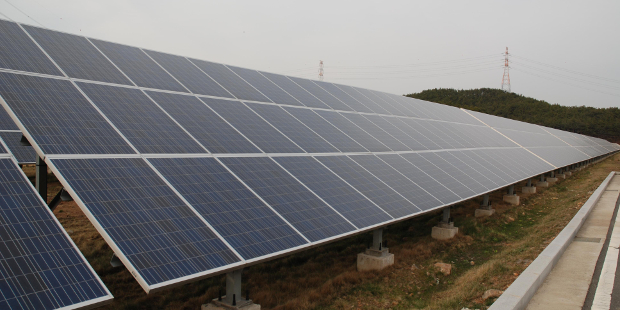 In October 2014, following open procurement, NDE were awarded the contract to complete a detailed feasibility for a large ground mounted solar PV project on the outskirts of Glasgow for a community trust organisation. The proposed PV farm was considered for a piece of land which was owned by the local community who were seeking to develop it as a community asset and establish a sustainable source of income from the land for the next 20 years. NDE were contracted to conduct a full solar PV suitability study and to deliver an initial feasibility report and expand this to a detailed feasibility and design report if the site looked viable. In addition to this, NDE were engaged to hold a presentation and open evening event to disseminate the project findings to stakeholders.

The key objectives of the project are summarised below:

In the first instance, NDE initiated discussions with the Distribution Network Operator (DNO) in the area to get a realistic estimate of grid connection costs and viability. NDE then conducted the site visit and produced a feasibility report detailing the financial and practical viability of the project. System layouts and designs were then created with various options for utilising the land being presented in a report issued to the client. A Site Irradiance study was completed and for each deployment scale option detailed financial analysis prepared detailing the expected return on investment.

In addition to this, the client had some specific requirements, such as help with specifying perimeter fencing and a shading effect analysis from the turbines a nearby wind farm, which NDE catered for. Finally a computer aided design (CAD) visualisation of how the PV farm might look to assist with planning and community buy in to the project.

The Trust held a stakeholders dissemination event where NDE were able to communicate the technical, financial and practical findings of the project in a common language that all in attendance could understand, important given the farm was to be owned by the local community.

The feasibility study was funded though input from the Scottish Government CARES fund. Representatives from the Trust and CARES funding team praised the thoroughness, professionalism and helpfulness of the NDE staff throughout the project